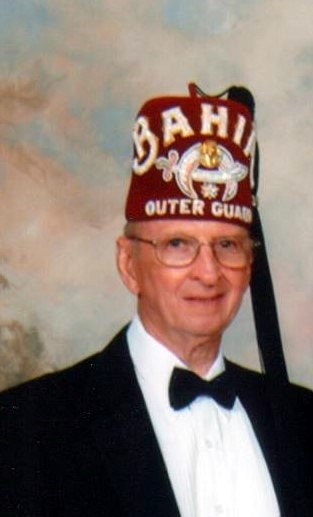 Jack is survived by his wife of 66 years, Jo; daughter Sharon Johns (Chris); sons Mike, Jim (Debbie), and Rick; grandchildren Phillip Johns (Brigid), and JoAnna Tumbarello (Patrick); great-grandchildren, Ilaria and Catherine Johns; Vivienne, Juliette, and Emile Tumbarello; and numerous nieces and nephews. Jack enlisted in the United States Navy in 1947, completed basic training in San Diego and served in both the Pacific and Mediterranean. In 1956 he transferred to the Air Force where he was assigned to Thule, Greenland, several CONUS bases, and the South Pacific island of Guam. He served in the Navy and Air Force for 20 years retiring in 1967 to Orlando, FL.

After military retirement Jack worked for 22 years at NTC Orlando as a Navy civilian in the Public Works Department. During that time he attended Jones College earning a Bachelor’s Degree while working full-time. He enjoyed an occasional round of golf, completing “odd jobs” around the house, and yearly family vacations to visit relatives all over the US.

After his second retirement in 1989, he obtained the Masonic 33rd degree in the Scottish Rite, and became a Shriner. During his 30 years as a Shriner he was involved in many fundraising activities, participated annually in the local Shrine Circus, was a member of the Legion of Honor, and several times a year transported children to appointments at the Shriners Hospital in Tampa. He also found time to travel with Jo, and took a three week trip to Europe with grandson Phillip in 2000. Later years travel included many trips to Indianapolis to visit grandchildren, and great-grandchildren.

Services to be held on December 26, 2019 at the Baldwin-Fairchild Goldenrod/Winter Park Funeral Home beginning with visitation at 2 PM.